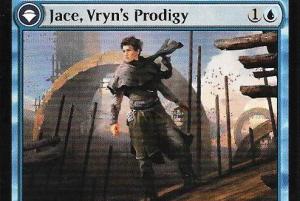 I got $70 for this mythic rare Magic card, selling it on eBay. A buyer in Taiwan bought it. How cool is that!

When I went to summer camp last summer in Vermont, I knew I’d come home with a lot of new skills. That’s what going to Circus Smirkus camp is all about, after all.

But I didn’t know that one of the new skills I came home with would be a card game — or that I’d need to find a way to pay for the game. Magic the Gathering is a fantasy game where players compete with customized decks they’ve built. I am not going to get into a long explanation of how to play the game here, but here’s a link to a good tutorial on the basics of the game.

You can play Magic online or in local comic book store. Friday night Magic games happen all around the world, with thousands of people playing. It costs about $10 a week to play the game near my home in Dallas, and I can pay for that out of my allowance. 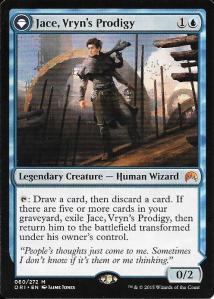 But building the decks it takes to win the games can be a lot more expensive. Some people spend $500 or more to build a powerful deck.  That’s crazy!  The basic pack of cards (15 cards) is just $2, but you never know what you’ll get.  Sometimes you “pull” a card that’s worth a lot of money in one of those $2 packs — and sometimes you get cards you already have.

I’ve been very lucky. I’ve gotten cards worth as much as $100 in one of those $2 packs — and I actually got that pack for free, for winning a game at Frontrunner Comics in Dallas. So, when I get a valuable card that I don’t need, or one that is a duplicate of one I already have, I sell it on eBay.

I got $70 for one card, and most of my auctions have earned between $10 and $50. So that’s how I’m paying for my cards and other Magic expenses.

It’s a lot of fun, and I can’t wait to go back to camp this summer to wreck everyone who blew me away last year when I was first learning.