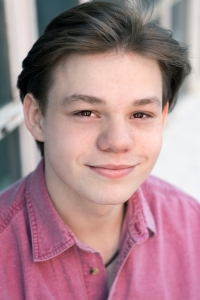 I’m 17 years old, and I live with my grandparents and four dogs named Jasmine, Sadie, Raglan, and Suchi. Jasmine is a medium-sized dog who is part German Shepherd and several other breeds. She’s the same age I am, which is pretty old for a dog.

Sadie is my new puppy. I adopted her at the city animal shelter a couple of months ago, and I’m spending a lot of time this summer training her.  She’s a mixed breed — part Anatolian and part Australian Shepherd, and she has heterochromia, which means one blue eye and one brown eye. Sometimes that means a dog is deaf, but Sadie’s hearing is just fine.

Her fur is so soft that she feels more like a stuffed animal than a dog. But right now she’s shedding all over the place and sweeping it all up is a chore I could do without. 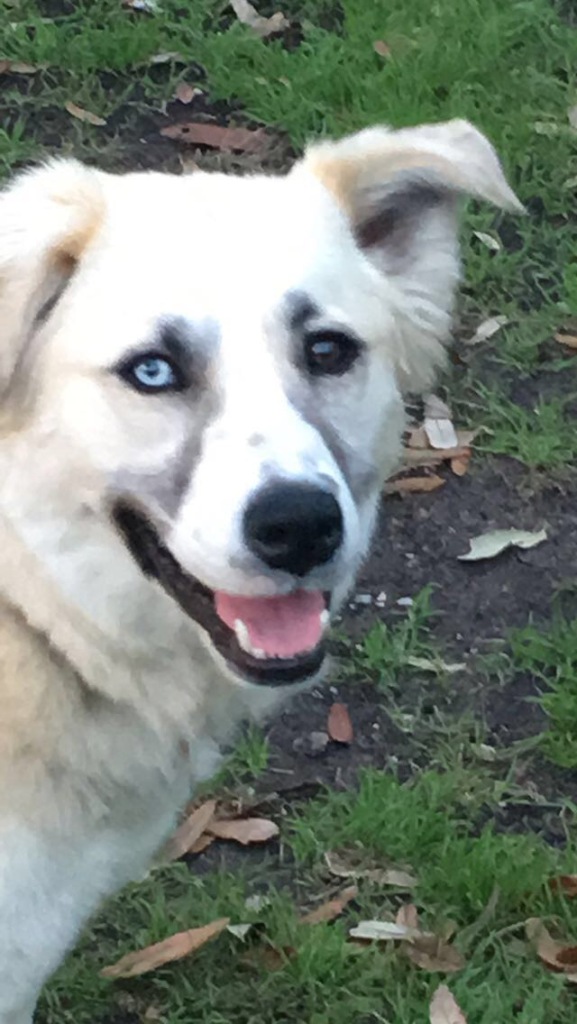 I play guitar, write music, juggle, and like to “base” acrobatic pyramids. I also love aerial silks and trapeze.

I’m an actor, and I’ve worked on several movies and TV shows. I take acting classes from Nancy Chartier. (If you’re a fan of the Netflix series Longmire, be sure to catch her this season!) She’s great, and she teaches kids, teens, and adults — so many famous faces come through the door there.

The thing that I like most is spending time with my family.  We like to go to live shows (magic, circus, theater, and concerts), and to travel. I’ve been to a lot of places (New York City, Boston, Nashville). This summer, we decided to drive home from summer camp in Vermont, and we went to Niagara Falls, Ohio, Pennsylvania, upstate New York, Kentucky, Tennessee, and Arkansas. I was only home for one day before I left for Las Vegas. I can’t wait for the next trip!

You can find me on Twitter as @kameronbadgers, and on Facebook as Kameron Badgers, or on the Internet Movie Database (IMDB) at http://www.imdb.me/kameronbadgers.

Thanks again for dropping by!

12 thoughts on “Introduction: Who I Am”