At the end of 2013, I was part of the cast of a movie called Origin (working title Ghede Origins). It was an amazing shoot, and I met people on that set who remain friends and mentors today. This week, the film starts its distribution on the film festival circuit, and it’s already racked up its first nomination for Best SF/Horror Film in the Barebones Film Festival in Oklahoma later this spring.

Sometimes a film comes out really quickly after you shoot it, and sometimes it takes months or even years before you hear anything about it. So it was a surprise when this one suddenly turned up on my IMDB page, and shortly after cast and crew got the notice it was going onto the festival circuit. Can’t believe it’s been five years since we filmed this on some very cold December nights, but if you watch the trailer, you’ll see that Taylor Ernzen and I look very different now than we did back then. 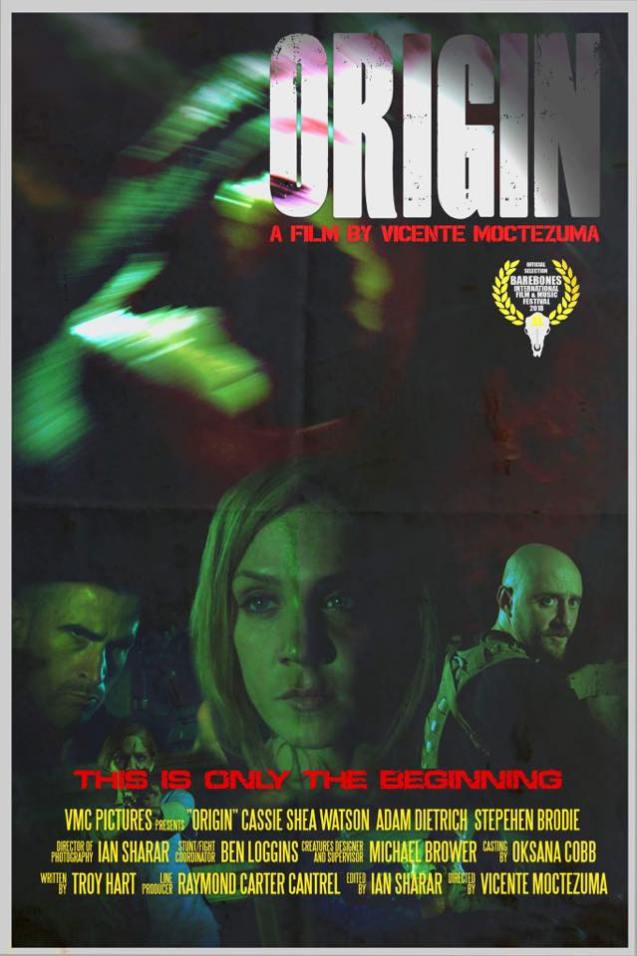 Cassie Shea Watson was the lead in the zombie movie Origin. I played one of her three kids.

Here’s a link to the original trailer. I looked a lot different back then, didn’t I? Can’t wait to see the movie!