Yesterday, we shot my first scene for the film Beyond the Bridge in an antiques store/art gallery in Pilot Poin t, Texas. That’s a quaint little town about an hour north of Dallas. The building was amazing — super high ceilings and windows, and this weathered flooring and walls.

Unfortunately, if there was air conditioning, it wasn’t working. And with the lights and the crew crowded into a small gallery room where we were shooting, it was super hot.  One of the production assistants got assigned “towel duty” — bringing us towels to dry off in between takes.

Luckily, the crew was fantastic, and the film’s lead actor, Elijah Britton, was prepared and easy to work with, so we got two scenes shot in about 3 and a half hours. That might sound like a long time for a few minutes of film, but it really isn’t. If the crew isn’t on top of things, or there are problems with one or more of the actors, it can take all day to get a single scene done — longer if you’re dealing with weather delays, animals, and other unpredictable things. (A mule who would NOT stop braying held up production on Salem for several hours one day when I was working on that TV show.)

The crew is shooting today, but I’m not due back on set until tomorrow. We’ve got three scenes in two locations, plus a voice-over to record then. If all goes well, my part will be wrapped then.  But if we need to, we can film any make-up scenes on Thursday.  Can’t wait to see this finished movie — the script is excellent.

While the crew was setting up the cameras and sound equipment for the gallery shoot, I ran lines with Elijah Britton, who plays the film’s lead character, Dr. Dahneesh Sanders. Matthew Thomas, Ramon Malpica, and Lindsey Cummings are the filmmakers behind the project. 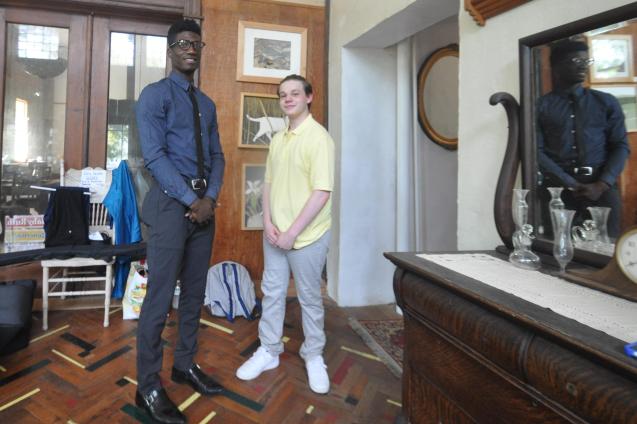 One of the challenges the crew had in setting up was to make sure that they adjusted the mike and lighting to account for the height difference between me and Elijah Britton. He at least a foot taller than I am. It’s his first role as the lead in a film, but he arrived prepared and ready to go. 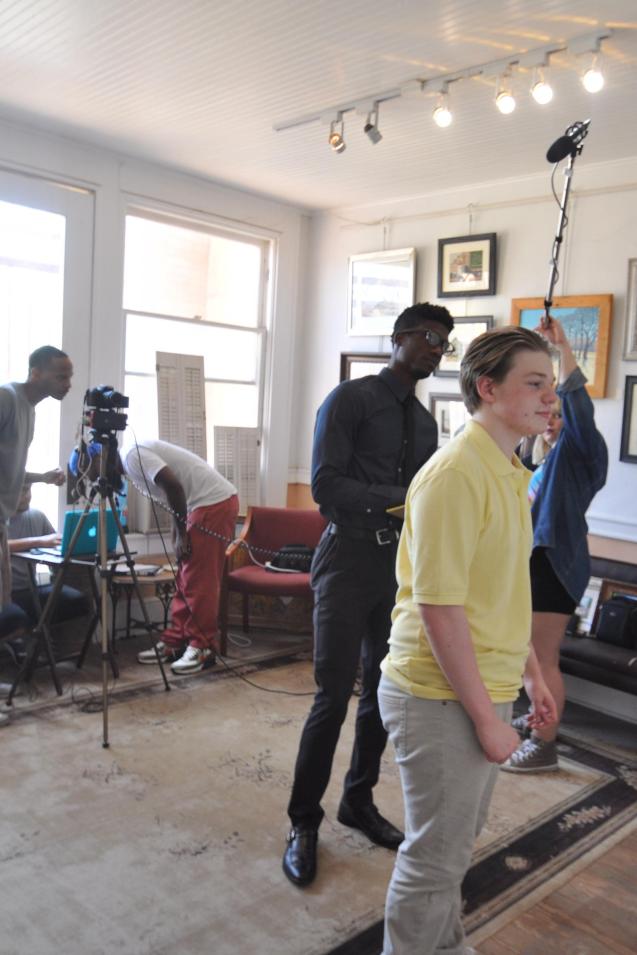 We were in a small gallery space for most of the shoot. The director wanted to use natural light coming in from the big windows in the room, but there were some overhead spotlights as well. With six or seven people in the room, no AC, the light streaming in from the west-facing windows in the late afternoon, and the overhead lights, it was very hot in the room. I was in short-sleeves, but Elijah was in a long-sleeved shirt, tie, and jacket. 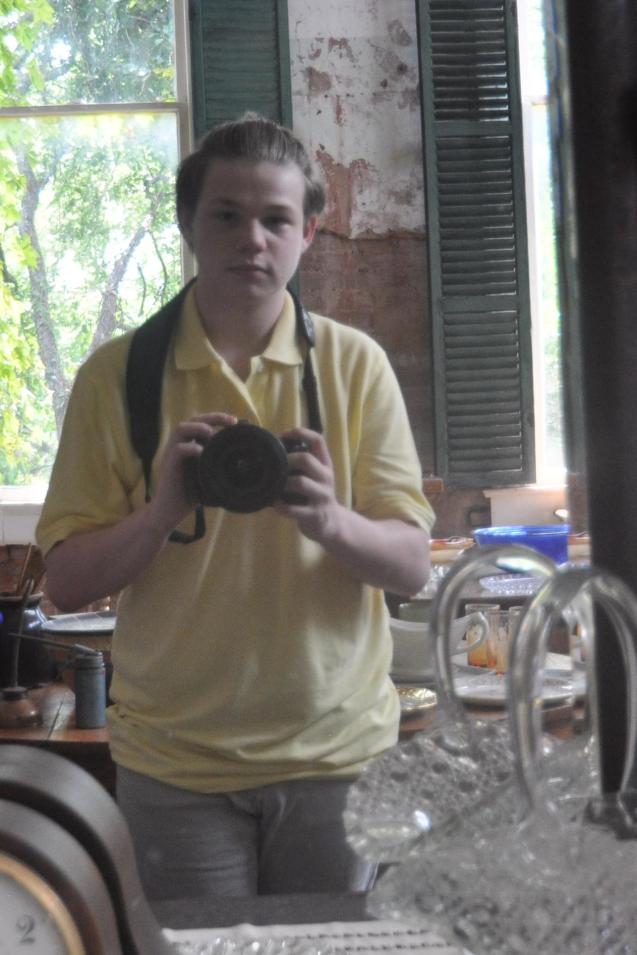 I’m not big on the selfie thing, but I accidentally got a “mirror” selfie yesterday. We were filming in this antique store and gallery, and I was taking photos of some of the interesting things they had on display in between takes, and when I looked at the photos, this one cropped up.