After camp, grandma and grandpa came to New York to see the end of camp show — I played Squirtle, from Pokemon, in one scene! — and then we went to New York City for a few days.  There was lots to see and do.  I loved the Statue of Liberty, the Empire State Building, Cirque du Soleil’s Zarcana show (of course), Chelsea Pier, the fireworks on the 4th of July, the Lion King, and the noise and interesting people in Times Square.

But you know what I liked best?  All the museums.  I think New York must have more museums than anywhere else.  You could live there and go to a museum every day.  We only went to some of them, though.  Grandma says there are lots more to see next time.

Here are some pictures of our trip to New York City.  We stayed at the Waldorf Astoria, this big old hotel with huge rooms.  All the buildings in New York are gigantic, and nobody in the city has a backyard.  But there’s this huge park right in the middle of the city, and everybody goes there, I guess.

It seems like everybody in New York City wants to be an actor.  All the waiters and bellmen and people who drive pedicabs have headshots to hand out if they think somebody is a casting director.  And there are people in costumes everywhere who want to get their picture taken with you.  Most of them wear these little aprons that say “Tips” on them, but some of them have hats or guitar cases or something on the ground. 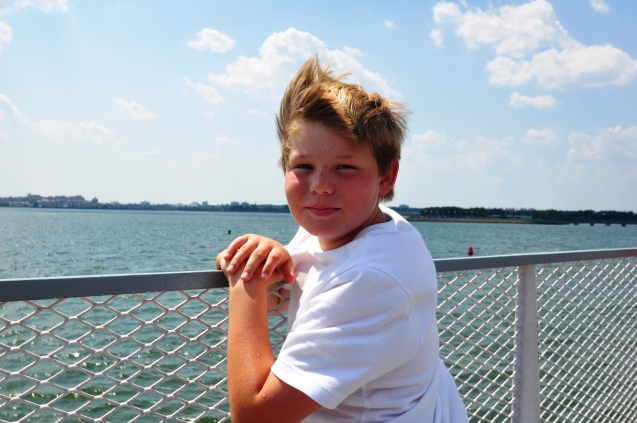 I loved the Museum of Natural History! We went twice, and we still didn’t see it all. 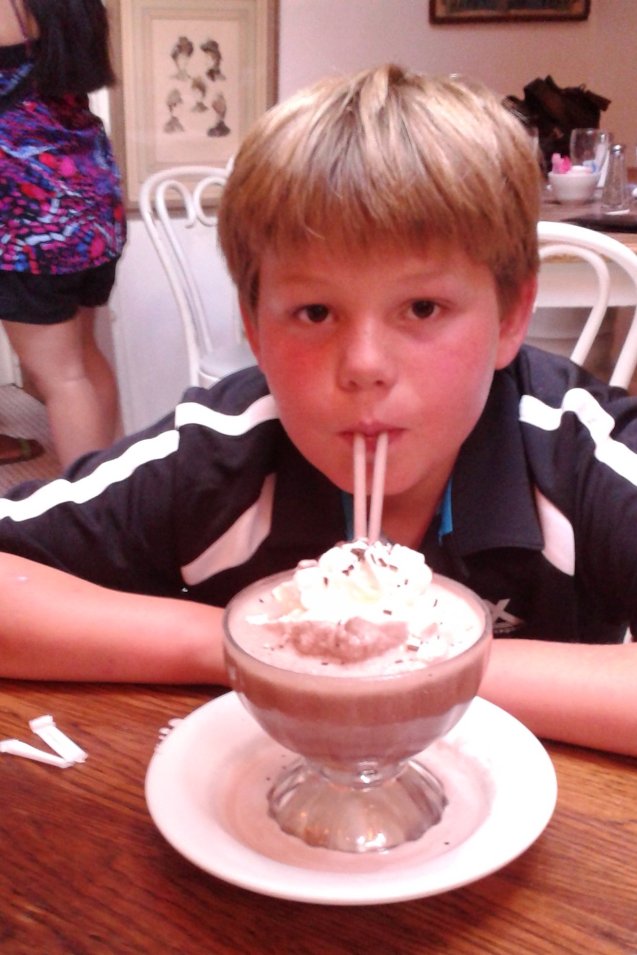 The frozen hot chocolate at Serendipity was awesome! It was hotter in New York than it was back home in Texas, and that gigantic frozen drink was just what I needed after an afternoon of sightseeing in the Big Apple!