Usually, a day off of school is a good thing. But it’s not so great today. Look what happened to my friend Adrian’s house.

The part of the tree that isn’t on their house is in the street, blocking traffic on that side of the house.

On the other side of the house, some neighbors lost their car to yet another oak tree. I think we’re going to lose a bunch of big limbs off our biggest oak tree, too — the ice is weighing them down until they are almost touching the ground, and you can hear the cracking noise as the limbs break. 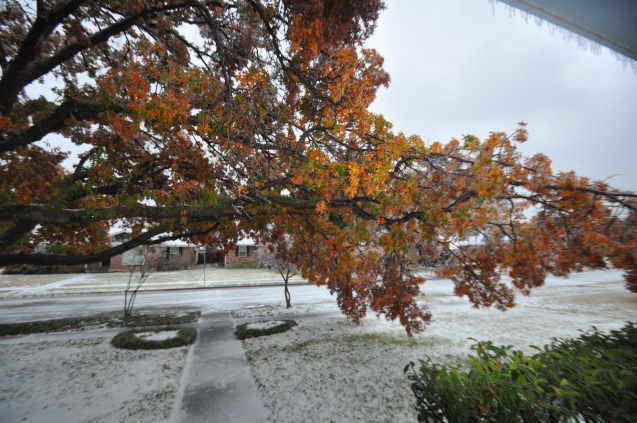 These branches in our front yard are usually about 20′ off the ground. I juggle underneath them all the time. Right now, I can barely walk under them on the sidewalk, and some of them are touching the ground. I think a lot of them will break off soon.

But some of the ice looks pretty cool.  Too bad that what looks so pretty will kill the plants and trees. 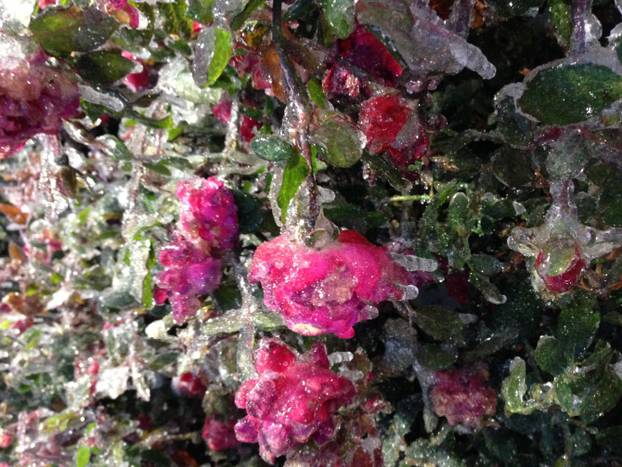 The knockout roses were in bloom and looked really pretty on Monday when it was 85 degrees. Now they’re covered in ice. They won’t look very pretty once it melts. 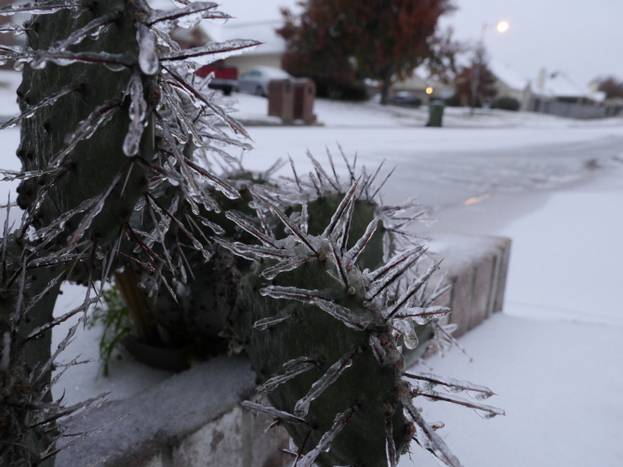 Cactus needles covered in icicles. Something you don’t see very often in Texas!

Grandma says we will lost about half of the crepe myrtle trees that line the sidewalks around our house, and two of the ones in our back yard. The ice looks pretty on the limbs of this one, but it’s still standing up. Some of them are bent almost to the ground, and they will have to be cut back. Grandma says they may survive, but they won’t bloom this year, or next. 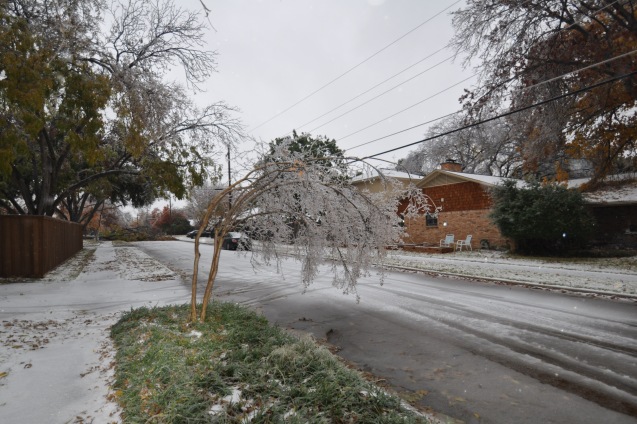 This crepe Myrtle tree by the driveway is breaking — you can hear the sound.

We bought our Christmas tree yesterday before the storm, so we will stay indoors and decorate that today. We have firewood and marshmallows, so it may be a pretty good day if the weather doesn’t get worse.  Hope all my friends are safe and warm!

2 thoughts on “No School Today: Ice Storm in Dallas”