The director (Russ — in the red hoodie) is showing us how to move during an accident scene, while the crew adjusts lighting and other things.

This has been a busy weekend, and I’m tired.  Yesterday, I filmed a public service announcement (PSA) for The Samaritan Project — a shelter for homeless families.

We worked from 9 a.m. until after 5 p.m., filming in three different locations.  A lot of the time, we waited while the crew moved lights, cameras, and other gear from place to place.

Today, I filmed a scene for a movie called Finding Serenity.  Yesterday, I was an extra — one of about 15 kids in a classroom, on a school bus, and leaving a school.  Today, I was a character named Oscar, who has an unfortunate accident with a very unusual boy named Andrew, who is the lead character in the movie.

All the action in my scene takes place in a classroom — but, boy, is there a lot of action, including plenty of blood.  It was pretty cool seeing how they make the blood and film the scenes.  I got my lines delivered right the first time, and we only had two takes for the accident scene to make sure the lighting was right.

I won’t get to see the film or the video until January.  But this is a photo taken while the director was showing me how to “block” the accident scene.  I had a lot of fun! 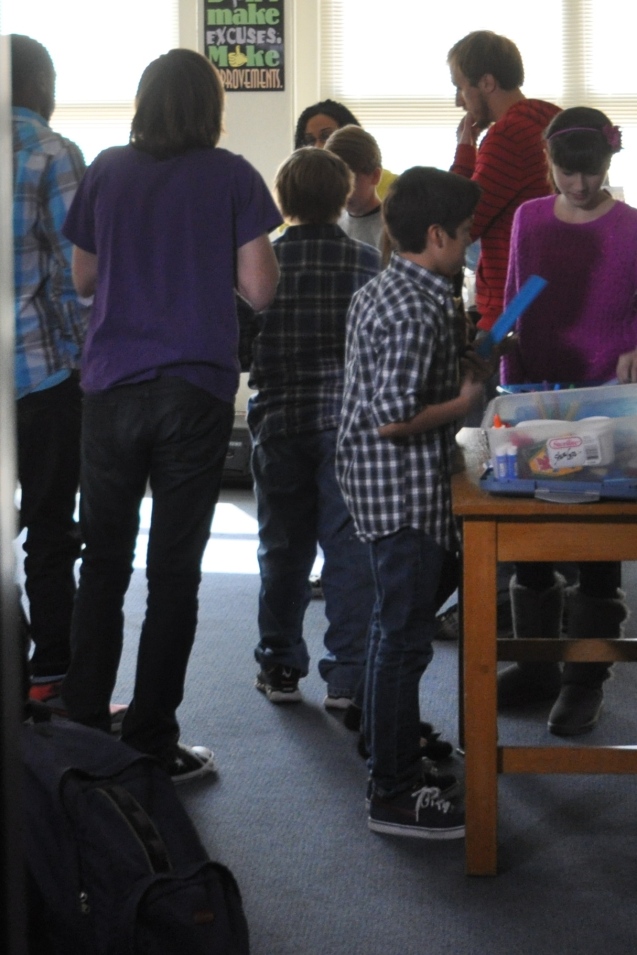 The director (Russ — in the red hoodie) is having us do a run-through. My back is turned, because I’m facing Andrew, the lead character. 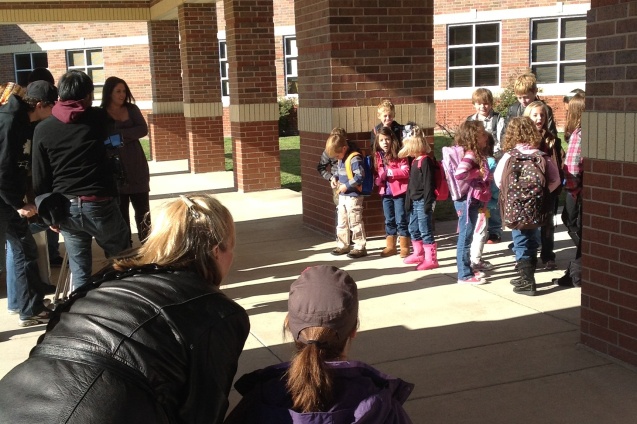 We filmed at three locations for The Samaritan Project PSA — outside a school, inside a school bus, and in a classroom set at the homeless shelter. It was very cold outside, and we had to do the scene over and over again to get what the director wanted.